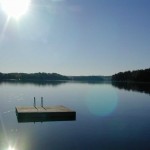 I got the boat and went to the marina and didn’t tie up first.

EVEN DUMMYS KNOW THAT YOU SHOULD NOT JUMP OUT OF THE BOAT WITHOUT HOLDING A ROPE TIED TO THE BOAT.

EVEN DUMMYS KNOW THAT YOU SHOULD NOT JUMP IN AFTER A BOAT
UNTIL YOU FIRST THROW YOUR FANNY PACK AND CAMERA AND CELL PHONE ONTO THE DOCK.

and got it but got my camera and cell phone and fanny pack got all wet..

So I an in the water with one hand on the boat and one hand on the dock and I can’t get myself up. I stand while sinking deeper into the mud thinking “I am too old for this stuff.”

so I walk the boat to the shallows and finally get on the dock.

The marina is closed.

EVEN DUMMYS KNOW THAT THE MARINA IS NOT OPEN FULL TIME TILL AFTER JULY FIRST.

So I started home and half way the motor stopped.

My cell phone still worked but had no light. It was very hard to figure out who  I was calling.

I did get a free weather report and several people who did not know me.

Finally I got Ann.

Ann was not answering.

EVEN DUMMYS KNOW THAT YOUR WIFE ALWAYS FORGETS HER CELL PHONE AND NEVER HAS IT ON HER, IT ALWAYS SITS ON THE CHARGER, ENDLESSLY CHARGING.

Finally I got the marina that had the boat for the winter.

I told them that I was DEAD IN THE WATER AND I HAD PAID $6OO TO HAVE THE BOAT STORED AND HAVE A NEW GAS TANK PUT IN AND HERE I WAS DEAD IN THE MIDDLE OF THREE MILE LAKE.

They said someone would be there eventually. They are not on this lake. They are on the next lake and will have to put a boat on a trailer and then put it into Three Mile Lake.

🙁 🙁 🙁 🙁
I slowly drifted down the lake and after about an hour and a half,  just as I was going to have to push off the rocks, a boat arrived.

It turned out that I was low on gas! The five gallons that they had put in was in it was not enough.

It has a new gas tank and the tank should not go below 1/2 full. this is because the tank is along the back of the boat and if the boat tips to the right a bit, the motor will shut off as the gas goes to the right and away from the intake. I found this out as I went away from the dock with my new gas tank and the motor stoped and the red light came on that signals MOTOR TROUBLES. I thought there was a problem with the motor. It turned out that it needed more gas.

The marina man figured it out right away. He did not put in enough gas!!!

He said that people had been complaining about the cost of the marina gas, so they only put in 5 gallons.

I pointed out that was a BAD IDEA in my case because the boat stalled out just after starting.

So for this summer, we just keep it above 1/2 full.

That is a lot more gas than we did have in our old tank so we are still ahead of the game.

DUMMYS ALWAYS THINK THEY ARE BETTER OFF WHEN, IN FACT, THEY AND TOTALLY MESSED UP.

So I finally got back to the cabin just as the phone repair guy got there and Ann was not there because she knew that I would be long back with the boat.

The phone repair guy said that the buzz on out phone line was OK because we could still use it.

He left and the phone now endlessly beeps and we can’t use it all.

EVEN THE PHONE COMPANY HAS IT IN FOR US.

So call me on my cell  because the land line does not work.

EXCEPT THAT MY PHONE WILL PROBABLY STOP WORKING AS IT WAS IN THE LAKE AND IS ONLY PRETENDING TO BE OK.

AND I WILL PROBABLY HAVE CUT OFF MY LEG WITH THE CHAIN SAW OR ELSE A TREE WILL HAVE FALLEN ON ME OR SOME SUCH COTTAGE STUFF.

Here is a story I wrote about the cottage:

In Guelph where I live, there is a blind children’s author who is a friend of mine. Seven years ago she called me and said to sell her cottage.

1. She had swam out in the lake and got lost and would have drowned if a fisherman had not come by.

2. She can’t even walk around any more because of the rocks.

3. The squirrels are in the cottage and she can’t even see them to chase them out etc. etc. ;

Did we want to buy the cottage??

Did we want to buy it?

It had 2,500 feet of shoreline on a point and it even had its’ own small island.

Did we want to buy it?

We thought he was cute;

but when I patched up the screens he chewed through them again.

We never knew when he would be in the house.

The squirrel liked bagels and chewed into the plastic bread container to get them. I bought a wooden bread box and the squirrel chewed through that. I finally bought a metal strongbox that the squirrel left alone.

Unfortunately, it was impossible to fit the whole cottage onto the metal box.

Once the squirrel even jumped on to my head to escape. The animal simply did not obey gravity. I grabbed him but he bit me and I had to let him go.

Whenever we left the house for even 5 minutes the squirrel would move in and shred any available food.

I decided that I did not like this squirrel.

I started throwing rocks at it when it sat on the front porch and chattered at me because I had patched the screens yet again.

I kept a pile of rocks on the front porch and soon the squirrel had learned to sit high in a tree and chatter at me.

I got a slingshot and started shooting rocks up into the trees to get the squirrel to go away. So the squirrel climbed to the top of the highest pine tree and started throwing pine cones onto the roof of the house- lots of pine cones.

I wanted to borrow a gun, but my wife bought a trap – a humane sort of trap.

I did not want a humane trap.

Well the humane thing was a metal cage that we filled with peanuts. It worked. Soon we had the squirrel in a metal cage. The dog attacked the cage and my kids attacked the dog and I attacked everybody.

I took the squirrel 20 km away and let it go. When I got back it was sitting in the tall pine tree above the cottage. My wife said it had probably hitched a ride on the car bumper and jumped off as soon as I came back.

It was an evil animal that could fly and it probably had a pact with the devil.

I want to see Dave, who kept our boats in the winter.

Dave had a gun collection that the local police were very unhappy about.

They thought he had somehow acquired missiles to go with his antitank guns.

But all I wanted was a shotgun.

Something easy to aim and guaranteed to blow any squirrel into a vaporized puff of cooked protein.

Dave was very helpful. He gave me a 5 gauge shotgun that was supposed to knock a whole flock of ducks out of the sky with one shot.

When I got back to the cottage the squirrel was back up in the pine tree eating Doritoes and throwing pine cones on the roof.

I got in front of the cottage and aimed the shotgun with it’s barrel resting on a stump as it was to heavy to lift on it’s own.

The Devil Squirrel know something was up because it started to run down the trunk.

Just as it was at the cottage roof I fired.

The shotgun slammed back into me knocking me down and bringing the whole lake to instant attention.

SLOWLY THE TREE GAVE WAY AND SLOWLY IT FELL ONTO THE COTTAGE WHICH INSTANTLY FLEW INTO FLYING SEPARATE LOGS AS IT HAD NO NAILS AND WAS JUST WAITING FOR A GOOD WACK TO DISINTEGRATE.

Then the Devil Squirrel hopped over the rubble and started eating Doritoes.

THE END <— Almost All True

Back to What's New