Mrs. O’Dell’s class in North Bay, Ontario, sent me this wonderful PHOTOGRAPHIC version of my story PUT ME IN A BOOK. It then inspired ME to take their class and PUT THEM IN A BOOK called PUT ME IN A BOOK. 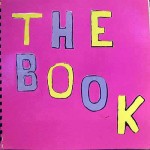 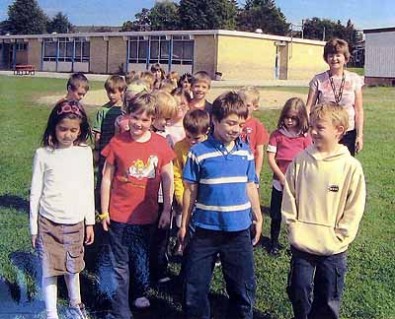 On tha day that Madame O’Dell took her class for a walk, they came to a man sitting on a park bench holding a picture book. 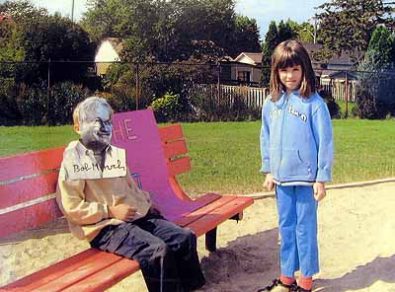 “Hi” said Hailey “What are you doing?”

“I am trying to finish a picture book and I do not know what kid to put in it.” 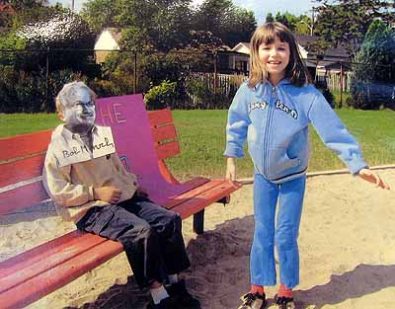 “Are you sure?” said the writer. 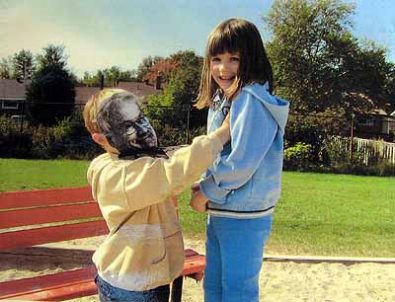 So he folded her and stuck her in THE BOOK. 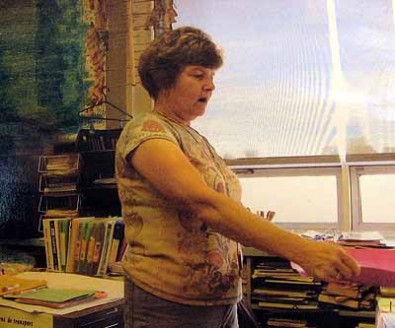 Mrs. O’Dell was very happy to have a kid in a book.  She left the book on her desk and went to tell the principal. 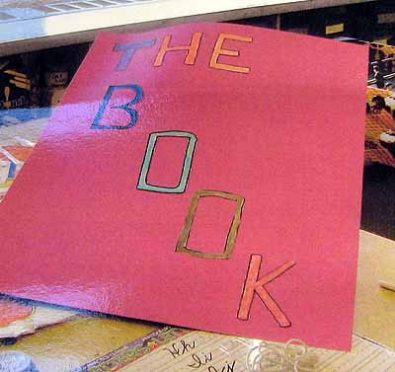 The book on the desk started tp flip-flop up and down and say “GWACH”. 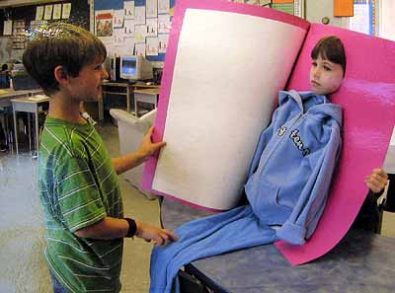 Ethan opened the book and said “Hailey! Are you OK”. 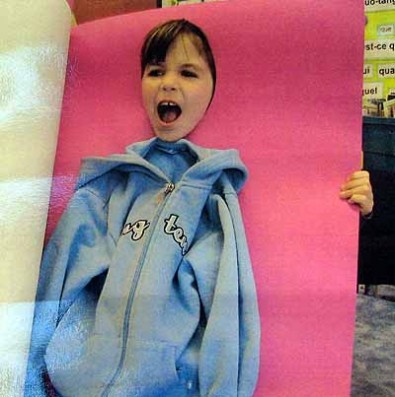 “HELP” yelled Hailey “I an folded and stuck and I want to go home.” 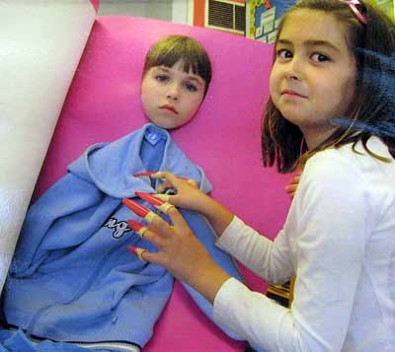 “Don’t worry” said Rachel “I will get you out” and Rachel tried to scrape Hailey out of the book with her fingernails. 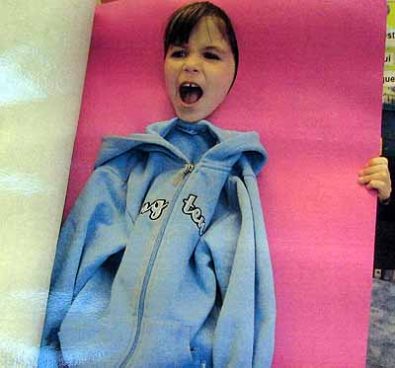 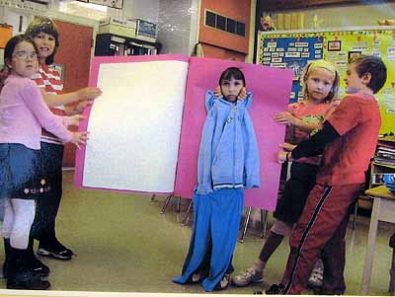 “We know what to do!” said Jacob and Ashely and Makayla and Rylee. “We will pull the book apart and Hailey will fall out.”

So Jakob and Ashley got on one side of the book, Makayla and Rylee got on the other side and they tried to pull the book apart. 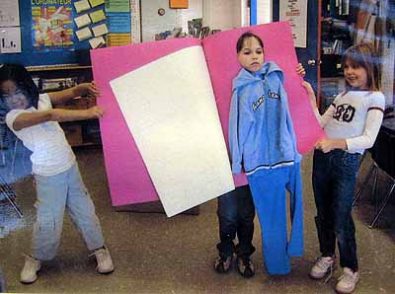 “Look!” said Bobbi-Ann and Kiku together “Just rip out a page and Hailey will be out of the book.” 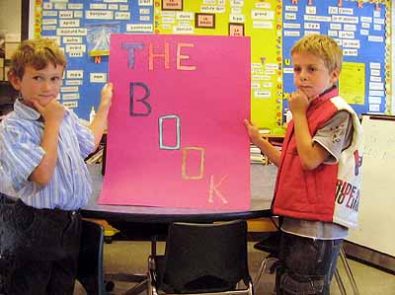 “This ripping and pulling and scraping is not working” said Bili and River. 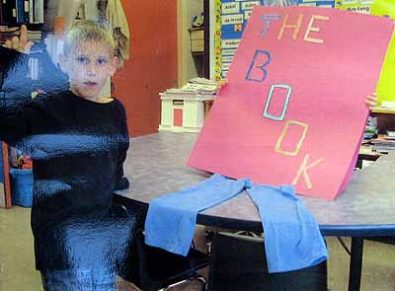 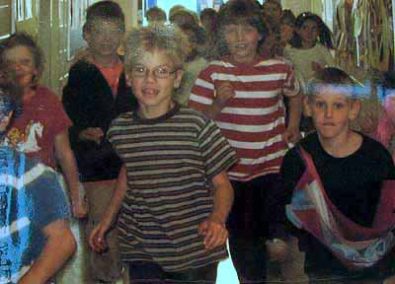 So they all ran to the staffroom and tried to Photocopy Hailey out of the book, but they only got copies, not the real Hailey. 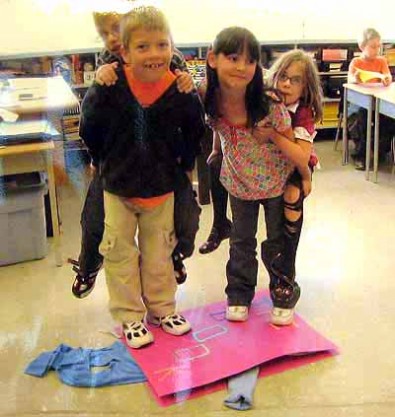 “We know what to do!” yelled Carrisa and Jonathan adn Laura and Ryan.

“We will stand on the book and squeese her out.” 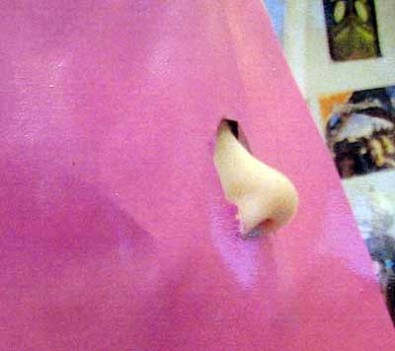 For a while nothing happened, then Hailey’s nose spronged out of the front of the book.

Carrisa and Jonathan and Laura and Ryan jumped off the book. 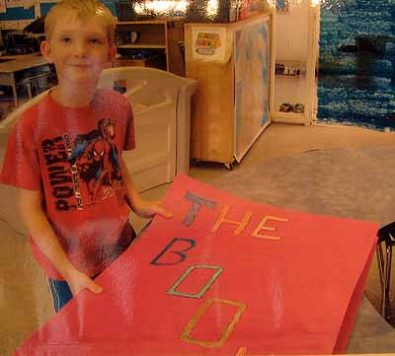 “Well” said Thomas “At least the PRINCIPAL will be happy. 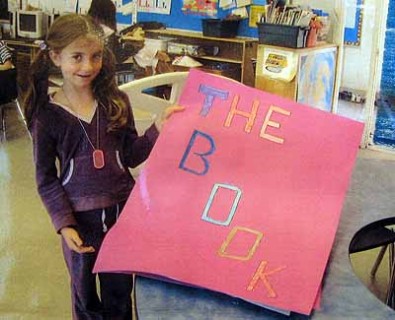 “And” said Miranda “Madame O’Dell LOVES having a kid from her class in a book.” 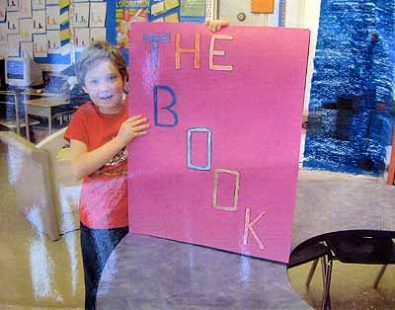 “But” said Brooklyn “Hailey’s mommy and daddy will not be happy their kid is stuck in a book.

How can you kiss someone good night when they are stuck in a book? 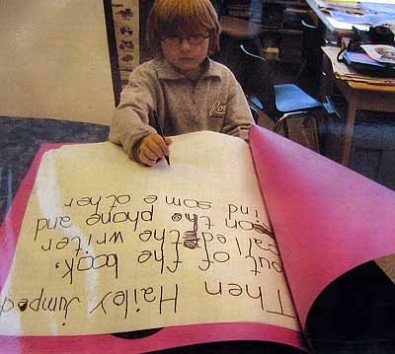 “Wait!” said Anders. It is a BOOK  and BOOKS can have different endings.”

He took a marker and wrote: 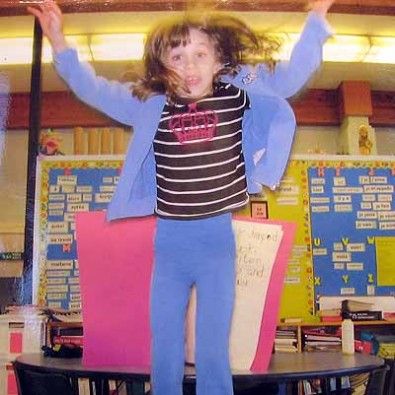 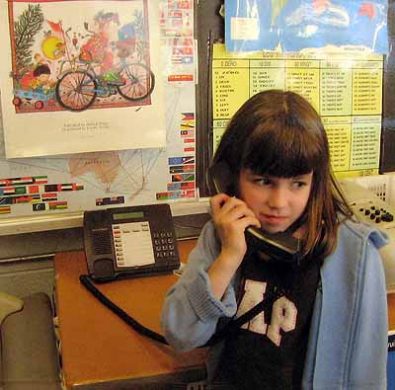 “You are not a nice kid.” said the writer “It is an honor to be in one of my books.” 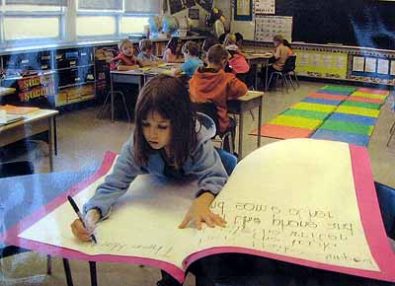 And Hailey wrote at the very, very end:

AND THE WRITER WROTE HIMSELF INTO THE BOOK AND COULD NOT GET OUT BECAUSE HE WAS REALLY, REALLY, REALLY VERY MUCH STICK THERE FOREVER. 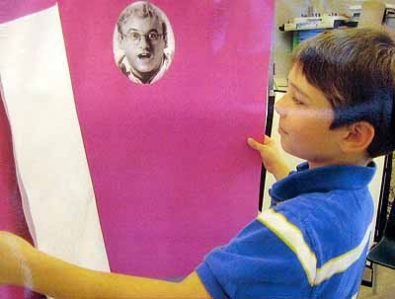 Kyle opened the book and said to the writer “Don’t worry! It’s an honor to be in a book.” 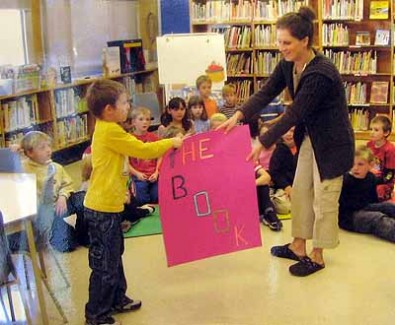 Then Javan gave the book to the Librarian to use in the library. 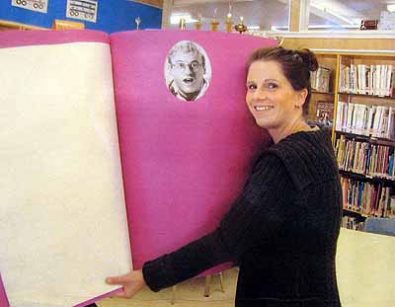 The librarian LOVED having a writer live in the library and the book was very popular because it was the only book that bounced up and down on the shelf and yelled … HELP! HELP! HELP! 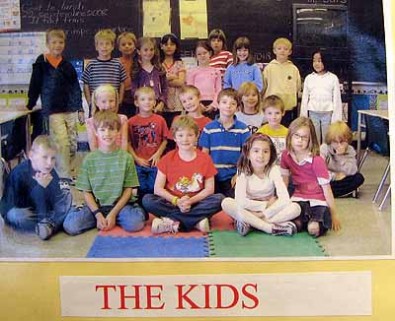 Here is the class that made THE BOOK.

The teacher who made the book took the picture.

I used THE BOOK to convince my editor that it was a good idea to do the story.