JASON’S BRAIN
The story behind the story

It all started when a group of students in Mrs. Kusch’s class was working with Ms. Burt on a Reader’s Theatre version of Robert Munsch’s story “Angela’s Airplane.” Jason always read his lines beautifully, but every time it was his turn, his brain would be off on a trip. Ms. Burt kept telling him to pay attention, then someone got the idea of doing a Robert Munsch style story called “Jason’s Brain.” Ms. Burt said, “That’s not a bad idea!” Together, we wrote the story and drew the pictures. It was a lot of work, but a month went by and our book was finished! 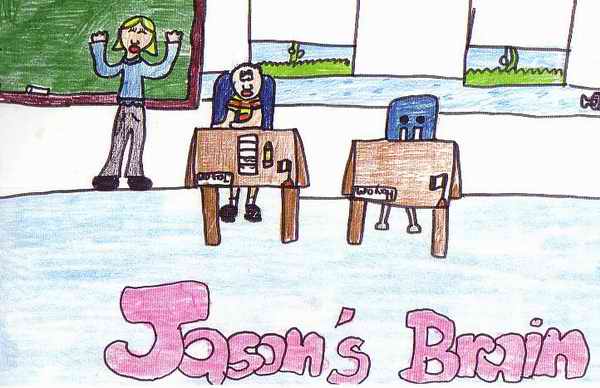